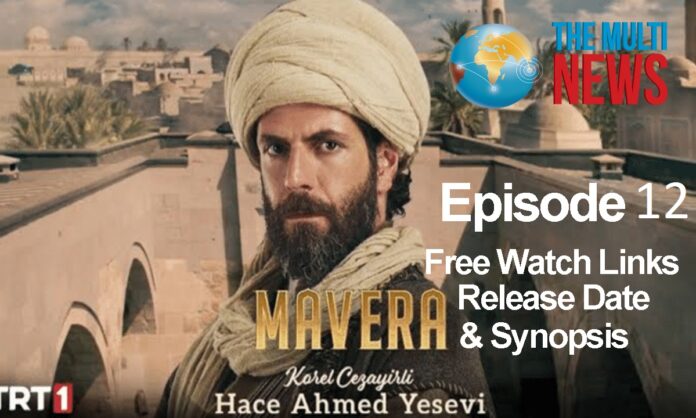 In Mavera Episode 12, Atif congratulated Ahmed for his attribution and declared that he was now responsible for Baghdad’s security. Ahmed took off the jacket given by Atif and left the palace garden without saying anything. Atif was very angry with Ahmed’s act and said that he would hurt his friends to take revenge on him. While walking around the city, Ahmed saw a beggar and took him to his shop.

The beggar left Haje’s shop after eating. Pehlivan said that this man used to be a famous bandit, but Ahmed said he would help anyone in need no matter what. Saltuk told his commander what happened in the palace and what he had learned about the priest. Mansur told the nomads what Ahmed had done in the palace and tried to teach Urungu to read. Some merchants went to Ahmed’s shop and apologized to Ahmed for believing Mervan’s bad words.

Haje forgave everyone. Merchants said they should stop Marwan, but Ahmed asked them to do nothing and told them a story. Ahmed then closed his shop and set out to return to the nomadic plain with his friends. Meanwhile, Atif’s soldiers came to the plain and announced the new taxes that nomads had to pay. Khutluk said they could not pay that much tax, but the soldiers said that if the nomads did not pay the taxes, they should leave these lands.

Ahmed came to the plain and learned what the soldiers had said. Soon Shahsuvar arrived and gave the goat to the nomads that he had bought. Ahmed said he would help the nomads and went to the market with them the next day. Ahmed set up a booth to sell products made by nomads and started making money for them. Yalgiz saw Akboyu and attacked him. Ahmed sacrificed himself to save Akboru.

Ashif Naveed - August 6, 2020 0
Now, Ruiz works out at least four times a week, thanks to a video game. In her bedroom, she sprints, squats, stretches and performs other...