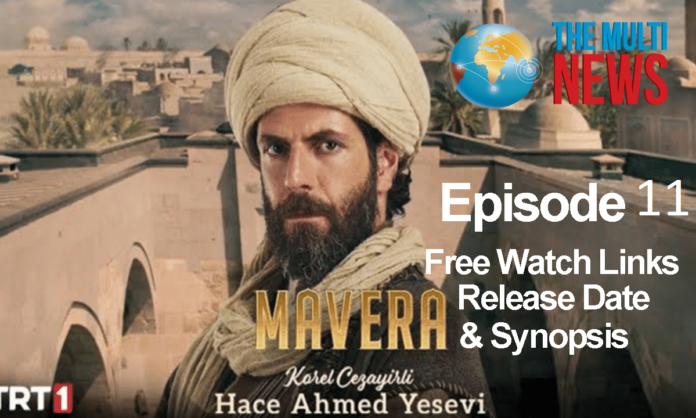 in Mavera Episode 11, While Ahmed was trying to take Feht to a safe place, Nejat came and shot him with an arrow. Mahmud and Saltukh started chasing Nejat but Dai injured Mahmud in the shoulder. Atif learned what happened in the palace and blamed Asife for this. Asife went to the nomadic plain and said that Atif blamed Ahmed. Dai found out that Dubeys’ soldiers had sneaked into the city and took action to teach them a lesson.

Nejat killed almost all of the soldiers and sent Sadat back to warn Dubeys. Leyla realized that Meryem was going to the plain and set off immediately. Pehlivan would blame Leyla for what happened to Meryem, but Haje calmed everyone. Aytolu felt bad about what she said to Asife and gave her medicine to help her father. Saltukh said Atif might have set a trap, but Haje said he would go to the city no matter what.

Pehlivan went to the Sazlik neighborhood and started talking to Shahsuvar. Pehlivan said that Shahsuvar started doing good things and that he should not go back this way. Atif apologized to Nejat for the failure of Feht and told him about his new plan. Dai liked Atif’s plan and asked him to find out who supported Ahmed. Haje gathered all the nomads that night and started telling them something. Ahmed finished his story and then sang.

The next day, Atif called all the people of Baghdad to the garden of the palace. Ahmed took his friends and went to town. All the people came to the garden of the palace. Atif said that there were some problems in the palace and that he would find the criminals. Atif later said that some people are fighting crime in the city and it is necessary to reward them. Atif took out a hilat (jacket) from a box and declared Ahmed the person responsible for Baghdad’s security.

Ashif Naveed - August 7, 2020 0
A dozen of the French-Polish director's nominations had divided opinion in France, a country where the #MeToo movement that inspired women globally to put...