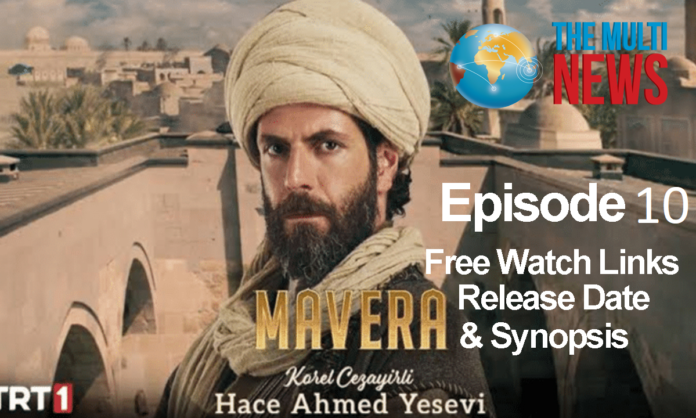 in Mavera Episode 10, Mervan started thinking about revenge on Ahmad. Atif learned that Asife had brought two people into the palace and asked his soldiers to follow them secretly. Atif then called Mervan to the palace. Atif was angry with Mervan for his failure at the lodge and later told him that he should only spread bad rumors about Khwaja at the market. Mansur wanted to go to the palace with Mahmud, but Mahmud was angry with him.

Mervan then went to the market and started saying bad things first about Efkan and then about Ahmad. Some merchants went to talk to Efkan. Efkan said everything that Mervan said was a lie and went to see Khwaja. Ahmad dispelled Efkan’s doubts and said that everything he did mean something. Sahsuvar made a list of previous thefts and wanted to apologize to those people.

Mansur went to the plain and had an accident there. Almas asked Mansur to write Dede Korkut’s stories and legends. Sahsuvar went to the market with Necip and sold his dagger to pay off his debt. Sahsuvar then went to a rug shop and apologized to the merchant there. The merchant said that the rug stolen by Sahsuvar was very valuable and thereupon Sahsuvar offered him money. Dai summoned Atif and told him it was a good time to attack.

Atif gave his most trusted soldier some supplies to start the explosion and sent him to the palace. Dubeys disobeyed Dai’s order and secretly sent his soldiers to cause trouble in the city that night. Atif’s soldier fired the fuse to explode the barrels, but there was no explosion because Saltuk had removed the gunpowder from the barrels before. Pehlivan and Ahmad captured the soldier, but Dai shot the soldier from afar with an arrow and killed him.

Nazir Hussain - August 7, 2020 0
"There Is No Evil" explores the moral dilemma of those who carry out executions and the consequences of defiance for them and those around...