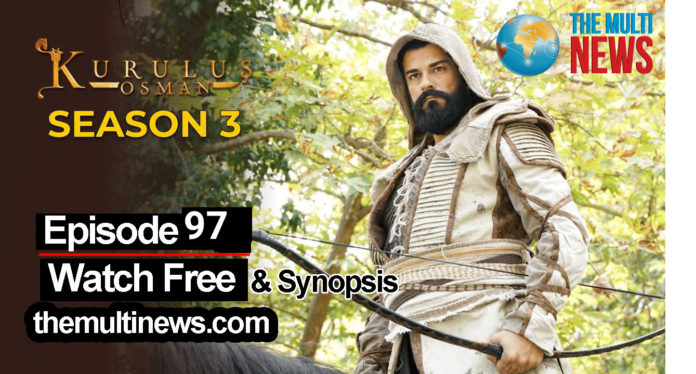 Osman talked to his soldiers and found a suitable place to set up his headquarters. Romanos set up a trap to attack Osman and then attacked the Turks. Osman started killing Byzantine soldiers. Romanos returned to the city to save his life. Malhun saw Romanos return to the city and realized that Osman’s plan had not worked. Bala wanted to save the prisoners in the dungeon, but Cerkutay said it was too dangerous.

Osman sent an envoy and said he wanted to talk to Romanos. Osman asked Romanos to surrender the city immediately and said that he would never harm the people. Romanos asked Osman for some time to distract him and returned to the city. After questioning the prisoners, Romanos made a plan and said that he would give the city to Osman. While Osman was checking the war preparations, a Byzantine ambassador arrived and told him about Romanos’ decision.

When Malhun saw the soldiers in the city, she realized that Romanos was lying and made a plan to kill the archers. Osman entered the city with his soldiers after a short time. Romanos said he would never surrender the city and ordered his soldiers to attack. Malhun started to kill the archers on the rooftops. Osman and the Turks began to attack. Cerkutay went to the dungeon with Bala to save the prisoners. Cerkutay asked Aygul to be very careful and rescued the captives.

As the war continued in the city, Osman’s other soldiers began to arrive. While Aygul was talking to Cerkutay, a Byzantine soldier wounded her with an arrow. Aygul died a short time later. Osman caught Romanos and executed him. Osman then asked Hristo to talk to the people in the city and said that Yenisehir was the capital. After speaking with his sons, Osman returned to the tribe. Dursun gave the gifts sent by the Sultan to Osman. Osman said that the conquests would never stop.

Afreen - April 16, 2021 0
Mavera Episode 2 Release Date and Full Synopsis in English and How to watch with English subtitles and Urdu subtitles Free of cost