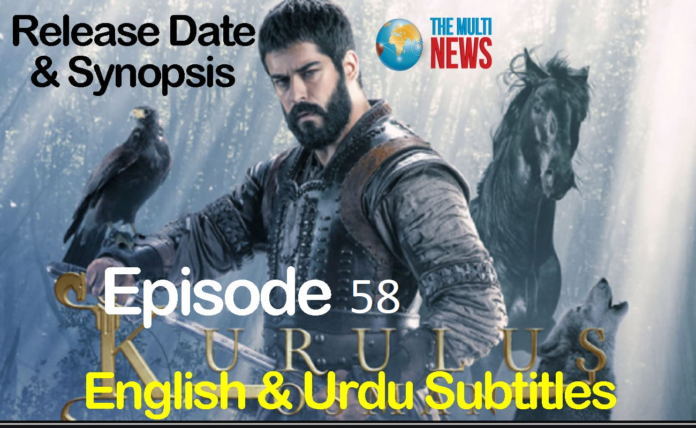 In  Kurulus Osman Episode 58, The delegate of Togay came back and told that Osman did not give him tax. Togay began a custom and vowed that he would murder Osman. The governor of Geyhatu also urged to punish Osman for not giving tax. After this, an Emir was sent by Sultan Mesud to call Osman to the palace. Yason informed that Togay would arrive and he would demand tax. But Nikola said to control his temper. Nikola asked them to attack Togay when he would come.  Togay received a message delivered by Yargucu.

Togay perceived that he was unable to murder Osman that’s why he started to assault the lords of Byzantine to gather the taxes. When Osman and Sheikh were talking, Goktug told that the Emir of Sultan would reach. Osman talked To Emir in the plain. emir presented him a gift which was sent by Sultan for Osman and called him to the palace. Togay reached the castle of Nikola and told that Yason had to pay taxes shortly.

Osman came to the palace and presented gifts to the Sultan. Suddenly, Yargucu came into the room and began to indict Osman. Osman told him that he had not killed the delegate. Also. Osman said that he would give tax to only Sultan. Yargucu controlled himself and agreed to the offer. When Osman was leaving the palace, The Sultan asked him to remain calm. Osman come back and informed the Beys that they had communicated with Sultan.

Gunduz told that he arrested the secret agent who told him that Nikola was going to assault Togay. Osman met with Umur and told him about the conversation with Sultan. Umur replied that, regardless of it, we would assault Togay. Osman talked with Sheikh and informed him that if Togay is attacked by umur then the commitment between him and Sultan would be ended.

Certuktay talked to Sheikh and accepted Islam. Sultan with his troops chased Umur to stop him but Umur told that he would attack in any way. Sheikh forced Umur to return and said Osman to get marry to Malhun.