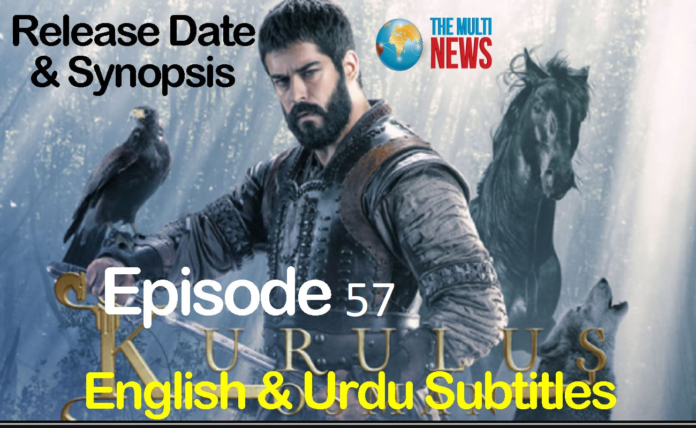 In Kurulus Osman episode 57, the Byzantine army was attacked by Osman and his soldiers. Kalanoz tried to flee from the war because he felt that he was losing in the war but savci run behind him. Kalanoz attacked Savci. He began to flee again when he saw that Osman is approaching her. Kalanoz was caught by Osman and moved to see the brother of Kalanoz. Savci requested Osman to protect his family and died there. Osman murdered kalanoz and began to cry. Lena was praying to Allah when the soldiers came back from the war.

Lena went out from his Bivouac and searched his husband Savci but he could not find her husband. Osman told about the death of Savci and said they would not make joy over their success. When Malhun asked to go to war Umur got furious but Malhun said that they will get triumph in the war and also told that Savci was a martyr. Osman told about the contribution and struggle of Savci in the war and then he took his body for the funeral.

Everyone prayed for martyrs that night. Umur was determined to send his daughter to Engru for the penalty because umur was furious at his daughter. Osman said that he would break the relationship between Nikola and Togay by obeying the Mongols. When umur heard this news, he began to contend with Osman. Osman told him that everything is just a kind of play. Later, Osman moved to the private military base of Mongols.

During this, the other lords sent soldiers and Nikola welcomed them and asked to make them ready for war. Osman asked Togay to carry out something so that Nikola could not attack Umur. Togay moved to Inegol and informed Nikola that he was the sole pointee in the border regions. Nikola told Osman that Osman is just trying to betray Togay and is deceiving him.

Episode 57 will appear here with Urdu subtitles after release