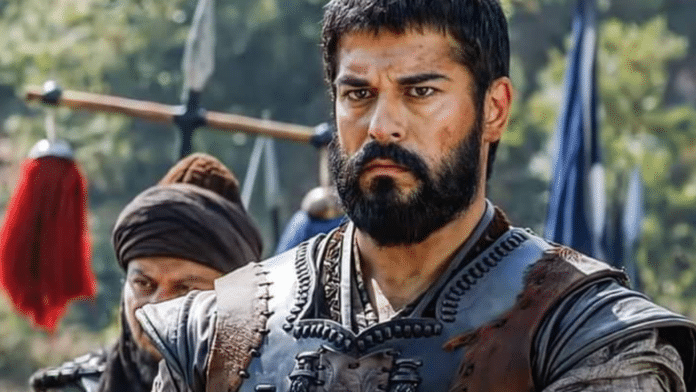 Togay withdrew after killing Abdurrahman. Osman stopped Malhun and told her that he would pay twice the price Nikola had paid for the horses. Makhun told her father that Osman bought the horses and went to Osman’s tent with him.

Umur said he was sorry for Abdurrahman, but Osman got angry with him. Geyhatu’s commander Camuha went to Inegol and told Nikola that Togay was going to Konya.

Nikola did not like this situation. Camuha asked Nikola to eliminate Umur and said the Mongols would take Sogut soon. Nikola sent a message to Osman telling him where Togay was.

Petrus said that Dundar did this. Savci returned to the plain and said that Kalanoz’s army was about to reach Inegol. Osman asked his soldiers and other Beys to prepare for this attack.

Malhun told Osman that she wanted to participate in this war, but Osman sent her to her father. Osman met with his soldiers in the forest and told them about the attack plan.

Soldiers of the two states began to fight. Osman injured Kalanoz in the shoulder with an arrow. Camuha killed the Byzantine soldiers fleeing the battlefield. Kalanoz fled to the castle and said that both Turks and Mongols attacked.

Osman won the war and called the Beys of the tribes to a meeting, but the Beys were at Umur’s meeting. Umur gave two chests of gold and asked the Beys to support their tribe.

Osman came to this meeting and said that this responsibility belongs to him because he called them to fight. Sheikh Edebali invited Osman and Umur to have a meal in the lodge. Umur finally gave the ring he found to Osman. Osman realized that the traitor he was looking for was Dundar.

Afreen - January 9, 2021 0
Kurulus Osman Episode 42 Release Date and Synopsis and How to watch with English and Urdu subtitles Free of cost