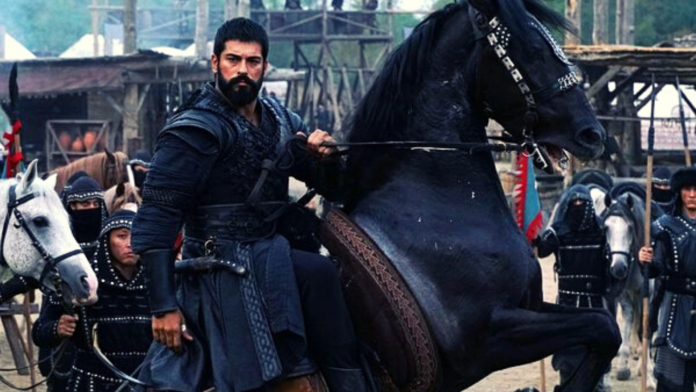 Nikola and Flatyos continued to attack Osman. Osman asked his soldiers to protect the defensive line, but the Turks started to die slowly. As the Byzantine soldiers began to advance, Osman decided to withdraw and carried the wounded to the forest. Savci took the wounded soldiers to a cave.

Flatyos got permission from Nikola to follow Osman. Meanwhile, Savci took Bayhoca and the wounded soldiers out of the cave to the plain. Osman captured Flatyos in the forest with some of his soldiers. Petrus spoke to Togay’s envoy and said he would give him Osman. The women on the plain began to treat the wounded soldiers. Lena saw that her son was injured.

Bayhoca asked his father for his sword and died soon after. Osman returned to the plain with Flatyos and learned that Bayhoca was a martyr. Lena and Savci tried to kill Flatyos, but Osman stopped them.

Dundar secretly spoke to Savci and told him that he should avenge his dead son. Thereupon, Lena and Savci killed Flatyos. Savci confessed to Osman that he killed Flatyos, but Lena began giving birth at this time. While Goktug was on his way to find spies working for the Pope, Togay attacked him. Togay showed Petrus the documents he received from Goktug, but all the documents were fake.

Petrus said he would take Togay to Osman to save his life. Sheikh Edebali prayed for Bayhoca, and later the Kayi Beys took his body to the cemetery. The day Savci lost Bayhoca, he once again became a father. Bala said that Lena’s newborn baby was a boy. Nikola went to Constantinople and saw the emperor.

The Emperor said Nikola was unsuccessful and gave him one last chance. The letter from Helen arrived while Nikola was trying to defend himself. Malhun told Osman that her father was about to come. Osman set out with Malhun, but Togay saw them.

Afreen - January 24, 2021 0
Payitaht AbdulHamid Episode 136 Release Date and Synopsis and How to watch with English and Urdu subtitles Free of cost.