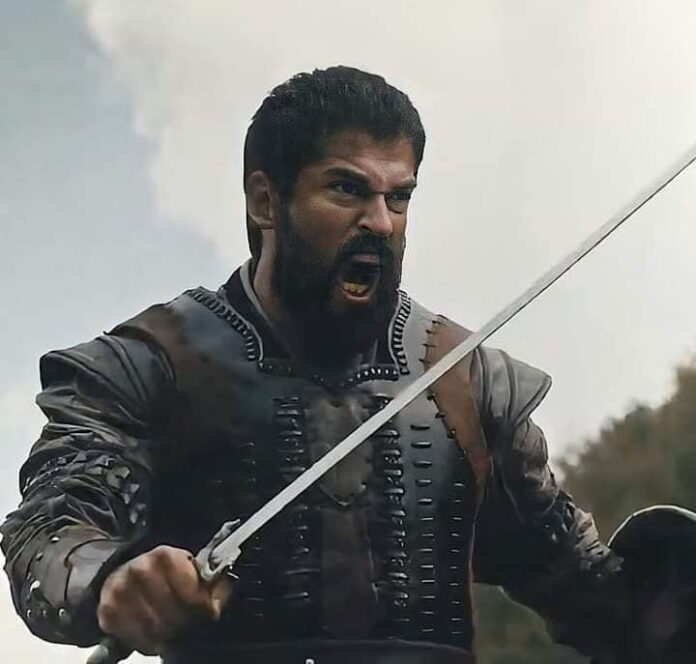 Osman worked all night and made plans. The next morning, Bala had breakfast with Osman and asked his permission to do charity work in Sogut. Lords began to come to Inegol on Nikola’s orders. Nikola told the lords to attack all the Turks engaged in trade and take their goods. Osman examined the new flag and ordered the Alps to sneak into Inegol.

While Bala was distributing food to the poor, she met a woman. Bala asked Aksu about her family. Hazal said that she would make Aksu the new wife of Osman in a short time and gave her a bag of gold. Bayhoca saw the Alps leaving the plain and began to follow them secretly. The Alps stopped the musicians who were going to Inegol and took their clothes. Bamsi saw that Kayi flag had changed and immediately went to Osman’s tent. Gunduz, Savci, and Dundar objected to this new flag.

Osman said that he would gather all the Turks under this new flag and talked about his dreams. The Alps entered the castle disguised as a musician and received information from the spying woman. Meanwhile, Bayhoca came. Boran went to a room with Bayhoca and told him to wait there. Later the Alps entered the lord’s chamber, but it was a trap. Byzantine soldiers wounded the Alps with poisoned arrows and captured them. Nikola ordered the Turks to be taken to prison. Flatyos caught Bayhoca.

Nikola found out that he was Savci’s son and made a plan to use this situation. Osman sneaked into the castle to kill Nikola but changed his plan due to the capture of the Alps. Using the secret path shown by the spy in the castle, Osman entered the dungeon and saved the Alps.

Osman found out that Bayhoca had been caught and returned to the plain. Osman told Savci and Lena that Bayhoca was captured by Nikola. Nikola said that he wanted Kulucahisar Castle in return for Bayhoca. Osman said that no matter what happens, he will save Bayhoca.