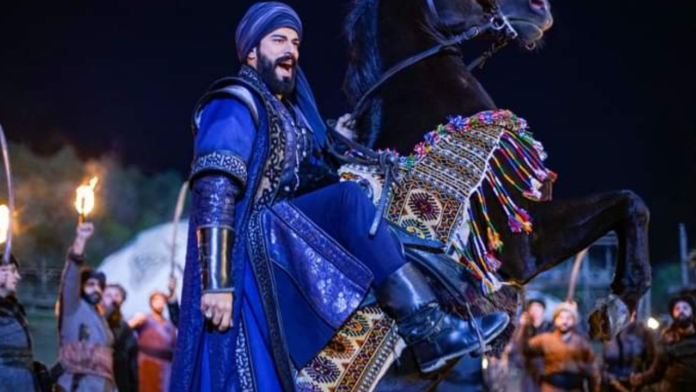 Osman went to his father’s grave and prayed there. Later, two merchants came and talked to Osman for a short time. These merchants then went to the inn in Sogut and secretly spoke to Idris. Bamsi went to Ertugrul’s tent and prayed. Later, Bamsi started the meeting to choose the new Bey and announced the candidates. Dundar voted for himself. Gunduz said he would not be a candidate to be the new Bey and voted for Osman. Some of the Beys at the meeting voted for Dundar because Dundar had secretly given them gold before the election.

The number of votes Osman and Dundar received was equal. It was the turn of Savci to vote. Savci spoke first about Osman’s behavior and then about Dundar’s dirty tricks. Bamsi calmed everyone, and Savci voted for Osman. Osman did not accept the result of this election and asked for fair voting.

Bamsi started the vote again and Osman was elected again. Osman’s first job dismissed Dundar and Savci. All the people in the plain were very happy that Osman was the new Bey. The merchants in the inn were actually Catholic spies sent by the Pope. These spies visited Nikola and told him that the Pope wanted the Turks not to unite.

That night, celebrations began in the Kayi plain. Osman gave a long speech and said that it is time to establish a new state. Dundar was very angry with Savci because he could not be elected as the new Bey. Savci was angry with Dundar for breaking their alliance. Selcan gave lots of advice to Bala and asked her to be careful. Targun’s father Inal congratulated Osman and asked when the wedding would be. Osman said he would marry Targun as soon as possible and went to talk to Bamsi. Bamsi said that he would give Ertugrul’s secrets to Osman and set off with him.