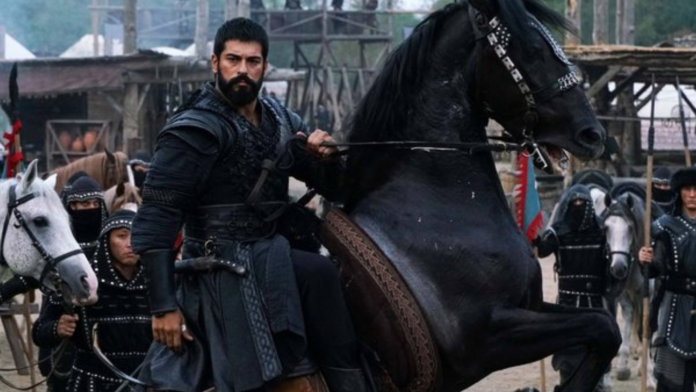 Osman and Savci brought Mongke back to the plain. Geyhatu asked why his son was tied up. Osman said that Mongke was a traitor and tried to kill his father. Geyhatu listened to everything from beginning to end, and after realizing that Mongke was guilty, he slit his throat. Ertugrul Bey’s condition worsened, and this situation worried his children a lot. Nikola prepared his army and secretly entered the Kulucahisar fortress. Flatyos and Byzantine spies dressed as merchants and began to kill the guards in the castle. The Turks in the castle were already poisoned, so they could not fight, and Nikola took the castle from the Turks.

Geyhatu thanked Osman and Savci for learning the facts and left the plain. Nikola sent one of the Turkish prisoners to Osman. When Osman learned that they had lost the castle, he was very angry and wanted to act immediately, but Savci did not allow him.

Savci said they had to hold a meeting to make a decision. Osman went to the Alps and asked them to prepare for war. Selcan and Aygul returned to the plain after a long time. The next day Savci started the meeting, but Osman was already on his way to the castle. Osman wanted to take back the Turkish prisoners by giving two boxes of gold to Nikola, but Nikola refused his offer.

Osman took Flatyos hostage and demanded that the prisoners be released. Nikola accepted Osman’s offer and released the prisoners. Thereupon, Osman let Flatyos free. At the meeting, Savci demanded that Osman be arrested for putting the lives of the prisoners in danger. Some Beys opposed this decision. After a short while, Osman brought the Turkish prisoners to the plain, and this situation made everyone happy. Savci came out of the tent and ordered Osman’s arrest, but the Alps could not. A discussion began between Osman and Savci. While Gunduz was trying to calm his two brothers, Lena hurried out of the tent and said that Ertugrul was dying.