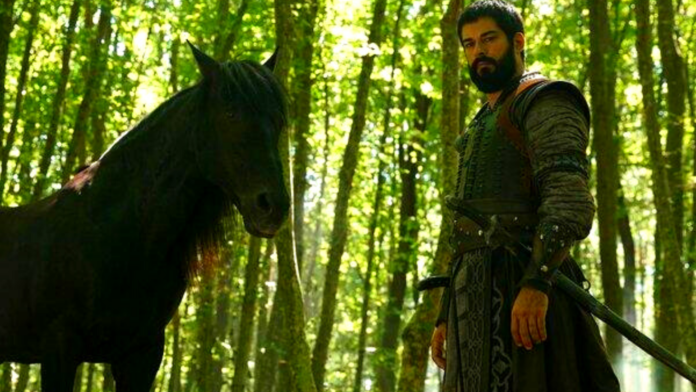 Geyhatu Khan decided to take the Mongolian soldiers with him and came to Sogut to get his son back from Osman. Ertugrul Bey decided to make a deal to stop Nikola for a while and sent Dundar Bey as ambassador. At the same time, Ertugrul Bey commissioned his son Savci to talk to Geyhatu and sent him shortly after. Osman and the Alps tried to follow Savci Bey secretly, but Savci noticed and stopped them. Then Ertugrul Bey came and ordered Osman to return to the plain.

Dundar went to the Byzantine fortress and told Nikola that he wanted to make a deal. Nikola first did not want to deal with the Turks but changed his mind after listening to Dundar Bey. Savci Bey found Geyhatu’s headquarters after a long journey and tried to talk to him. Savci Bey said he knew where Monke was and that Osman Bey was innocent. Geyhatu gave Savci three days to bring his son Monke back to him. Dundar told Ertugrul Bey that he had made a deal with Nikola, but Osman said they should be more careful about Nikola.

While Savci Bey was returning, a group of bandits attacked him. Savci Bey learned the whereabouts of Monke from these bandits and set out immediately. Goktug saw a Byzantine soldier attack a merchant in the market and stabbed him to stop the soldier. Then Flatyos came and said that Goktug was guilty according to the agreement. Dundar Bey sent Goktug to the dungeon. Flatyos secretly went to the wounded Byzantine soldier’s room and killed him. Savci Bey and the Alps went to the port where Monke was held captive and tried to rescue him. Mongke and the Turks started to kill bandits. Abdurrahman Ghazi sneaked into the dungeon in Sogut and saved Goktug. Goktug took his sword and set out to meet Osman Bey secretly.

Nikola and Flatyos came to Sogut. Nikola said that Goktug must die, or there will be a new war. Ertugrul Bey started to tell Nikola a story and an Alp who came in this time said that Goktug had escaped from the dungeon. After this, Nikola was very angry, but Ertugrul Bey calmed him down and said that Goktug would be judged fairly in public. Flatyos and Byzantine spies followed Osman Bey to capture Goktug. With Flatyos’ orders, spies attacked Osman. While Osman Bey was about to be caught by Flatyos’ spies, Bamsi appeared after a long time and saved Osman.

Nazir Hussain - October 3, 2020 0
Diabetes is one of the prevalent diseases that is ruining the lives of various people all over the world. The lockdown, for almost more...