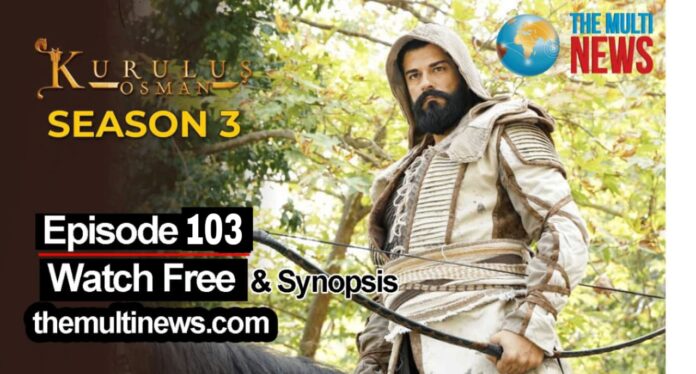 Olof came to the arena to catch Ofelia, but Osman stopped him. Sarkis and Ofelia managed to escape from the arena. While Osman was fighting Olof, the Emperor’s commander arrived. The Commander took Osman and Olof to the Emperor’s chamber. Kantakuzenos said that Oktem was responsible for the arrow on his shoulder. When a bloody war was about to break out between the two armies, Turgut stopped everyone. Turgut asked Oktem to surrender and said that Osman’s justice would solve everything.

Oktem surrendered. The Emperor claimed that Ofelia was guilty. Osman says he will catch Ofelia and learn the truth about Frigg from her. Malhun summoned a doctor for Kantakuzenos’ wound and sent him to the mansion. While Ulgen was talking about the scar on Aktemur’s shoulder, Bala came. Bala asked Aktemur to do his duty better. Aisha learned what had happened to her son and asked him never to speak to Alcicek again.

Osman agreed to stay in the palace that night and went to his room. Olof said that he would kill Osman that night. Osman learned the secret places in the palace from Konur and talked to Turkish spies. After the meeting in the tribe was over, Malhun spoke to Bengi and asked her not to do anything bad. Bayindir realized that the chest full of gold from the tribe had gone to Constantiople. A few soldiers attacked Osman, but without success.

The Emperor summoned Olof and told him that he would give him skilled soldiers to kill Ofelia. The Emperor said that the next morning Olof would go to Turkish territory. To accept this offer, Osman asked the Emperor to open a Turkish embassy in Constantinople. Osman then immediately returned to Yenisehir and said that Oktem would be put on trial. Kantakuzenos agreed to stay in Osman’s mansion in order not to die. Marta wounded Aktemur with two arrows and made Alcicek look guilty. Bala arrested Alcicek and sent her to prison.