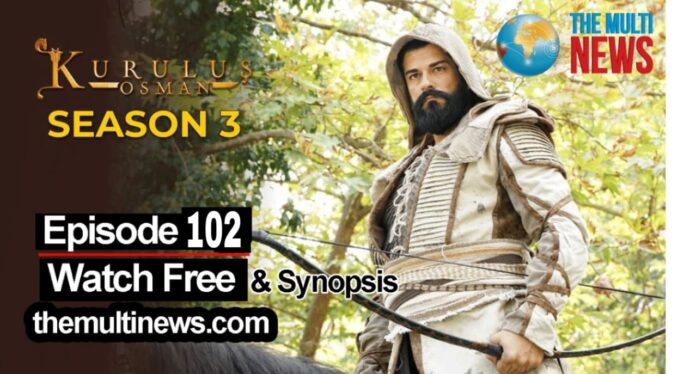 Kantakuzenos stopped Osman and told him that the real enemy was Ofelia. While Osman was wondering whether this information was true or not, he learned that Aladdin was kidnapped. While Aktemur was looking for Aladdin with the soldiers, Osman came. Turgut went to the tribe with the corpses. Cerkutay read Aladdin’s message and said that the Vikings had set a trap. Olof sneaked into the city and began talking to Frigg.

Frigg explained how they were going to kidnap Dan. Osman carefully tried to save Aladdin because he knew the Vikings’ trap. The Vikings began to attack and the Turks slowly retreated. Because of Batur’s death, Bengi was very angry with Osman. After the funeral, Turgut said he wanted to search for the stolen gold and got permission from Oktem, albeit with difficulty. The poisoned torches knocked out the guards, thereby Olof kidnapped Dan. Malhun noticed this and tried to catch the attackers.

The Emperor was poisoned and everyone began to think that Ofelia was the culprit. Olof managed to escape the city and set out for Constantinople to capture Ofelia. Kantakuzenos came to the city to talk to Osman and began to wait for him. Osman came with Aladdin shortly after and said that he would punish Oktem soon. Sarkis took Ofelia to a secret room to save her. Osman talked to the Beys in the city and said he didn’t want such a mistake again. The next morning, Osman went to Constantinople with Abdal.

Kantakuzenos went to the tribe and began to wait for Osman’s arrival. Kumral entered the Emperor’s chamber and said he would prepare an antidote for him. Olof went to the arena with his soldiers and started attacking Sarkis. Kantakuzenos understood that Osman would not come and said that he would punish Oktem. While Turgut was trying to calm everyone down, a spy wounded Kantakuzenos with an arrow. Osman attacked Olof so that Ofelia could escape.

multinews - December 30, 2020 0
New Coronavirus Strain Detected In Karachi As Another 55 Lose Battle To The Deadly Virus The new strain of the virus is present in Pakistan...