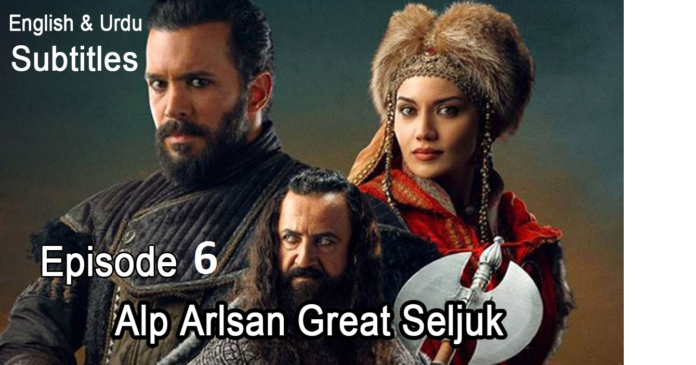 Sultan Alp Arslan Episode 6, Kekaumenos realized that he had killed his son and sent his soldiers to capture Alparslan. While Alparslan was advancing through the forest with Hassan, Byzantine soldiers attacked. A short time later, Alparslan’s soldiers came and helped him. Alparslan immediately went to the palace with Atabey. Alparslan came to the palace while the Sultan was talking to Caghri. While the lord sought a way to avenge his son’s death, he killed Yannis’ helper. The lord then went to the Turkish palace and began to talk to the Sultan.

Lord learned that Evdokya was lying and that Yannis was responsible for the massacre. The Sultan then returned to the palace and held another meeting to talk about the upcoming war. Tughrul said that Suleiman would lead the Vaspurakan attack and gave Alparslan the task of moving the chests full of gold to the headquarters. Lord secretly met with Bozan and was angry with him for his mistake. Bozan later learned that Alparslan was going to carry the gold to the headquarters and immediately sent this information to the Lord.

Episode 6 will appear here with Urdu subtitles after release

Ashif Naveed - April 7, 2020 0
His death, late Sunday, sparked widespread grief among fans. Shimura, 70, one of Japan's best-known comedians with a career dating back to the early 1970s,...