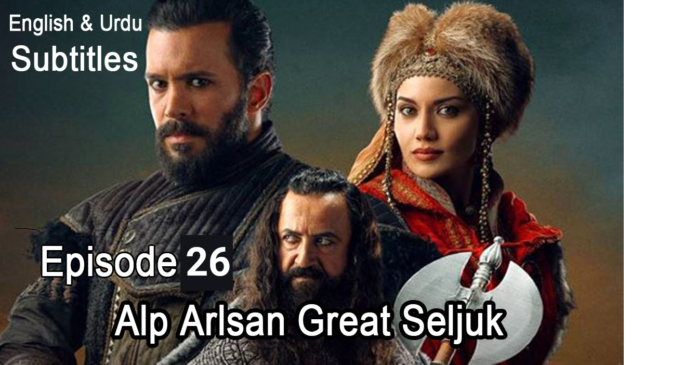 Ferzat burned the catapults in the headquarters to deceive Diogenes and then spoke to Alparslan. Alparslan believed what Ferzat said and said that he would now work with the Turks. The lord thought that the catapults had disappeared and asked Alpagut to organize the soldiers in Ani. After praying at his wife’s grave, Caghri set out to return to the tribe, but Diogenes stopped him.

Alparslan and the soldiers came to save Caghri. After Alparslan killed Nestor, he immediately took his injured father to the tribe. Ferzat went to the castle and said that he had told the Turks about Diogenes’ plan. Diogenes wanted to kill Ferzat, but the Lord stopped him. Ferzat said that he gained the trust of the Turks and that he would help Byzantium in the future. Biruni treated Caghri’s wound but said he should not use his leg until it healed.

Caghri said he would not be able to command the army until his leg had healed and he would choose a new commander soon. While the lord was talking about the caravans coming to the city, Rati said he wanted to put explosives on them. The Lord accepted this plan to harm the Turks. Alparslan made a plan to blow up the waterway leading to the castle. Hassan said this plan was dangerous, but he could not stop it. Alparslan and a few soldiers began to look for the water channel on the edge of the cliff. Alparslan put the explosives he brought with him into the cave and blew it up after killing the guards.

After thinking for a long time, Caghri said that Yinal would take the command post. Caghri then spoke to his sons and told them why he had made such a decision. Akca went to the castle secretly to talk to the Lord. Lord asked Akca to stay in the castle throughout the war. Alparslan’s soldiers took one of the caravans they captured to the tribe and the other to the headquarters. The spies in the cars detonated the explosives.