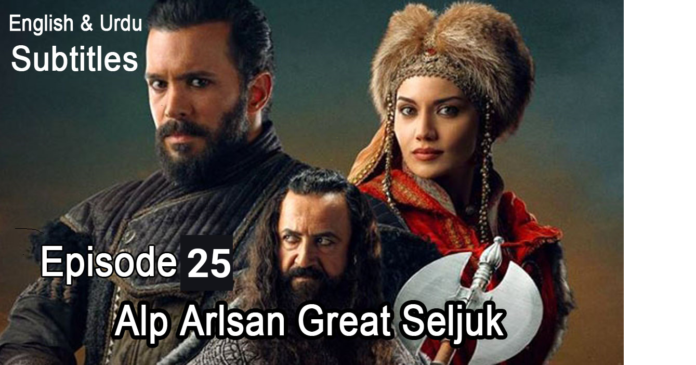 Alp Arslan learned that Akca’s father was Hassan. Akca said that she would confess everything to her father after the war and asked Alparslan for some time. The assassin hired by Diogenes attacked the Sultan in the cemetery but was unsuccessful.

Biruni noticed the wound on Alparslan’s neck and began to suspect that it was the plague. Alparslan went to a cave and began to wait for Biruni.Master Biruni informed the people of the tribe about Alparslan’s condition and went to examine him.

Biruni said that Alparslan was not a plague. Alparslan learned what happened to Sultan and immediately went to the palace with his father.The Sultan said that the infidels were afraid that the Turks would attack. Yinal said now is the time to attack Vaspurakan and Caghri should lead the army.

Alparslan wanted the catapults to shoot at the walls of Kapetron and went there to get the valuable papers in the headquarters. Diogenes saw the new catapults used by the Turks and immediately went to the castle. Diogenes said he wanted to speak to the Lord, but Dukas arrested him.

Lord agreed to listen to Diogenes and learned from him about the large catapults owned by the Turks. Arkadious agreed to carry out Diogenes’ plan and told the Kaiser that he wanted help from Herve. Ferzat went to the tribe and said that he would give important information to Alparslan about Byzantium.

Karaca attacked Akca to take her revenge, but Suleiman stopped her. Suleiman accidentally killed Karaca. After seeing the secret sign of Diogenes, Ferzat went to the headquarters and burned all the catapults.