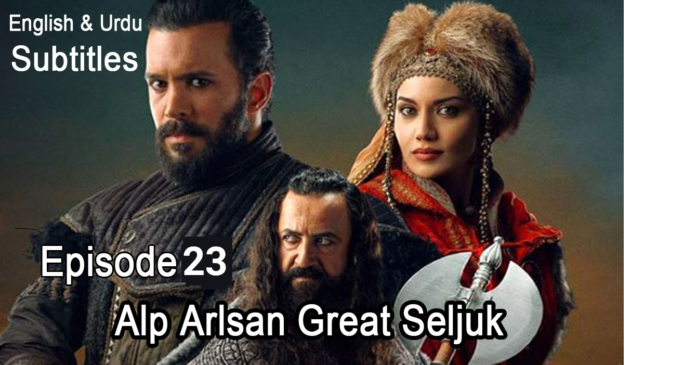 While Alp Arslan was placing swords in the cave, Diogenes blew up the entrance. Rati wanted to attack Merv, but Diogenes stopped him. Alparslan helped Suleiman after the explosion and immediately started looking for a way out. Alparslan found an air hole and tried to get out.

Rati went to the Armenian village and kidnapped the priest with Diogenes. Akinay saw that Akca was very worried and told a story to calm her down. Alparslan saved his friends by saving this air hole. The Lord said that he would not be able to return to the castle again, but after Alparslan started to tell him his plan, he changed his mind. Evdokya thought that her uncle was dead and decided to escape from the castle in order not to marry Ivan. The Lord came to the castle as the soldiers tried to stop the princess.

Diogenes and Rati began to ask questions of the Lord. The Lord invited everyone inside. Alparslan returned to the tribe and told his family what had happened to him. Caghri talked to Hassan about Alparslan’s marriage to Akca and convinced him. Hassan asked Alparslan never to upset Akca. Kekaumenos said he would give Vaspurakan to Rati and managed to calm him down. Lord said that he would allow Evdokya to marry Diogenes so that he would gain a better rank.

Diogenes readily accepted this offer. After Dukas started to recover, he spoke to Yinal and asked him to kidnap the princess. Ferzat’s men caught the archbishop, who was on the way to the wedding in the castle and drove inside, using his chariot. One of Ferzat’s men injured Nestor in a short time and kidnapped Evdokya. Diogenes thought that the Turks did this job. Alparslan sneaked into the castle and started looking for Kamar. Alparslan found his friend’s body in the dungeon, but Diogenes locked him there.