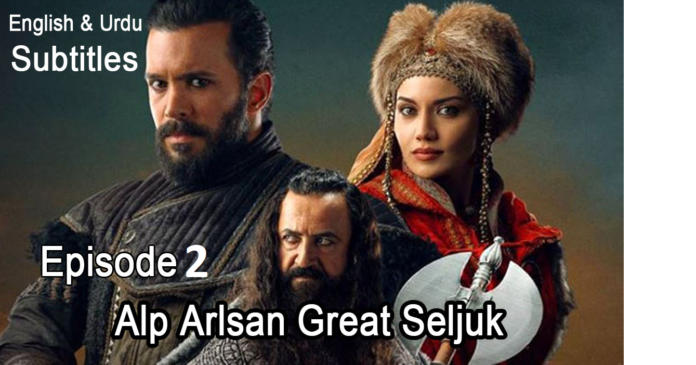 The sultan decided to announce his crown prince but soon he came to know that the soldiers of Byzantine have attacked the Turks, he changed his decision. Yannis brought the soldiers of Turks who were under arrest by the Byzantine army and executed them. Tughrul called his nephews to the palace and ordered them to reach as soon as possible. Alparslan was very anxious that he could not participate in the attack and continued his wait patiently.

Lord came to know that Tughrul is preparing for a big attack and sent a message to his alliance to do something about this matter. The lord comes to know that the sultan had sent two messengers of his to check the situation in the area and started waiting for the arrival of his guests. When Suliman with his friends was going to the palace, some bandits attacked them. Alparslan reached there to help his friends and saved them. The emperor came to know about this attack and ordered Alparslan to learn more about the attackers.

When Alparslan was coming back to his tribe, he saw a lady who was hiding in the well and he rescued her from the soldiers of Byzantine. When doctors were busy healing the wounds of Akca, Alparslan went to meet Bozan so that he could collect some information. Bozan said that he will investigate the attackers and later execute one of his men. Alparslan told him that he will take revenge on the killed Turks after their funeral no matter what. The sultan came to know about the execution of his nephew and then he declared a war on the empire of Byzantine.

The lord was having complete trust in his army but the General of the army was very angry with Yannis for what he has done. Emir asked Sultan to change his idea, and in this way, Ibrahim became the head of the army again. The emperor met with Bozan secretly at a deserted place and told him about his plan for the future. Alparslan came in front of his army and said that he want to fight with the soldier of the Byzantine army one on one. And then the lord of Vaspukaran started fighting with the Alparslan, Akca killed Caghri secretly.