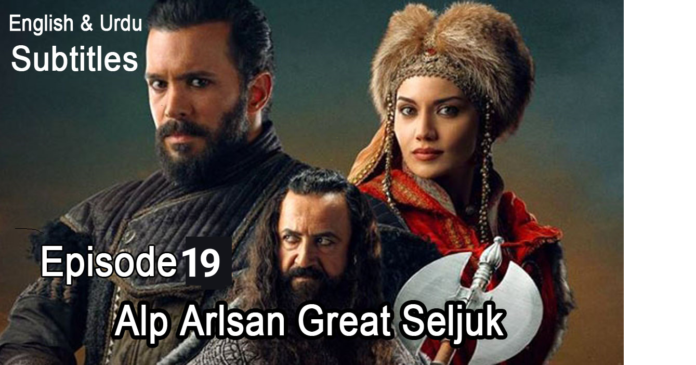 Alp Arslan killed Bozan and said that Bust now belongs to Caghri. After seeing the dead soldiers, Diogenes went to Bust to talk to Bozan, but learned that he was dead. Alparslan returned to the tribe and attended Sehver’s funeral. Sultan talked to Mesud and said that he would stay in the palace for a while.

Dukas went to a village and became angry with the people there for not paying taxes. One of the monks in the village went to the tribe that night and told Alparslan what Dukas had done. Alparslan made a plan. Akca went to the castle the next day and said that the Turks would attack Ani.

Dukas and the Lord did not believe this information. Batur attacked several watchtowers near Ani. Alparslan killed the Byzantine soldiers in the village and said that the villagers could stay in the tribe.

Caghri told Alparslan that he had to get married now. While planning to marry Akca, Alparslan learned that she actually loved someone else and was very upset about this situation. Karaca prepared a poison so that her actions would not be revealed and killed Bozan’s soldier with it.

Dukas went to the tribe and demanded the villagers back from Alparslan, but he could not get anyone from him. The Lord went to Ani and began to prepare to defend it. Dukas attacked the praying Turks and killed them. Suleiman saw the wound on Karaca’s hands and realized that she had prepared the poison. Alparslan learned what Dukas had done and attacked the Byzantine village. Alparslan said that this village now belongs to the Turks.

A few guards followed the traces of blood on the ground and saw crucified Turkish soldiers in the forest. Alparslan went to the castle to avenge this incident but saw that Dukas’ soldiers were crucified too. Meanwhile, someone shot arrows from afar. Alparslan read the message on the arrow and realized that someone was taking revenge.

Afreen - January 1, 2021 0
Kurulus Osman Episode 41 Release Date and Synopsis and How to watch with English and Urdu subtitles Free of cost