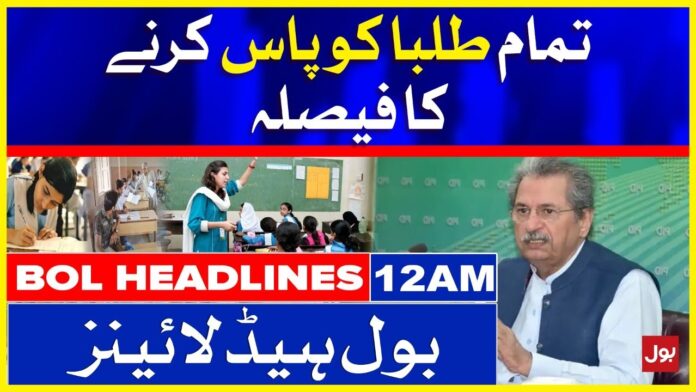 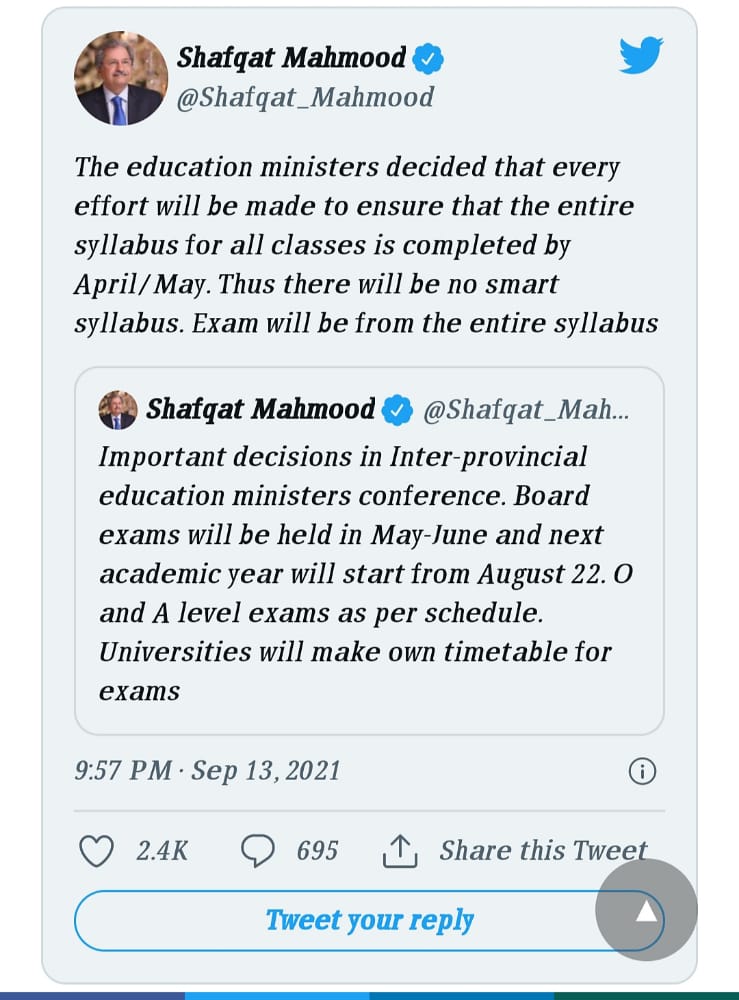 Due to the pandemic condition, it’s not possible to take the exams of supplements next year. However, those students who will fail would be given 33 discounted marks to pass them. It is impossible to retake the exams of failing students. It was also decided in the meeting, Matric and exams of intermediate would be taken two times in a year. The second time conducting exams will not name as supplementary exams.

Sources have declared that matriculation exams would be held in May and June next year. The beginning of the new academic year would be in August. Educational minister Shafqat Mehmood also declared in this meeting that in the coming year students would not be passed without taking exams. Also, there is no possibility of the cancellation of the exams in the next year.

Shafqat Mehmood declared the exams of A and O levels would be conducted as per their schedule. Universities will make their schedule of conducting exams. However, the Sindh government did not agree with the decisions of Shafqat Mehmood. As they had already taken annual exams in Sindh.