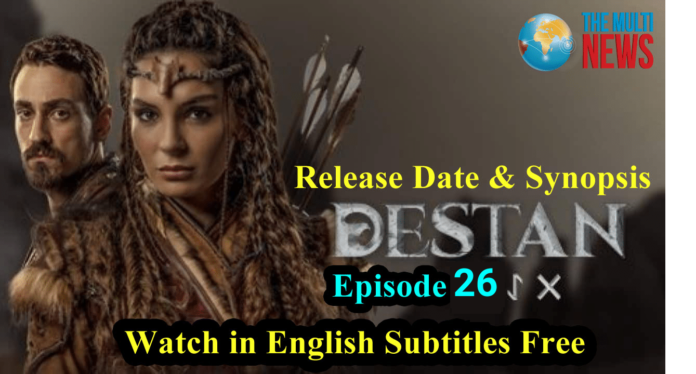 The next morning, Alpagu declared Temur the new commander of the army. Batuga and Akkiz returned to the palace. Kam saw the wound on Alpagu’s neck and learned that he had been poisoned. Obar thought Alpagu would bring the crown to get the antidote and waited for Sayina to arrive. Akkiz talked to the captive women she rescued and learned when Sayina would arrive. Akkiz later captured Sayina and sent a spy to Obar instead.

Alpagu said he had a plan and would never give the crown to Obar. Colpan buried Saltuk somewhere in the forest and said that she would soon avenge him. Kam said she had to use the secret tree of the Itbaraks to make the necessary antidote. Akkiz made a plan to find this tree. The Russian ambassador said that the Princess would soon marry Obar and that the crown was in a secret place in the forest.

Obar took all his soldiers in the western khanate and set out to seek the crown. While Obar was looking for the crown, Batuga attacked the soldiers who went to help him. Obar learned that old Kam broke the crown and said he would attack the palace to take revenge on Alpagu. Akkiz learned the location of the Itbaraks’ secret tree and attacked the guards guarding it.

Akkiz took the necessary amount of resin from the tree and immediately set out to go to the palace with Batuga. Obar saw the Turks going to the palace and said he would kill them all.

multinews - December 15, 2020 0
Private Patients Even With The Power and Ability To Pay Will Have To Wait Out To Get The Vaccine The Ministry of National Health Services...