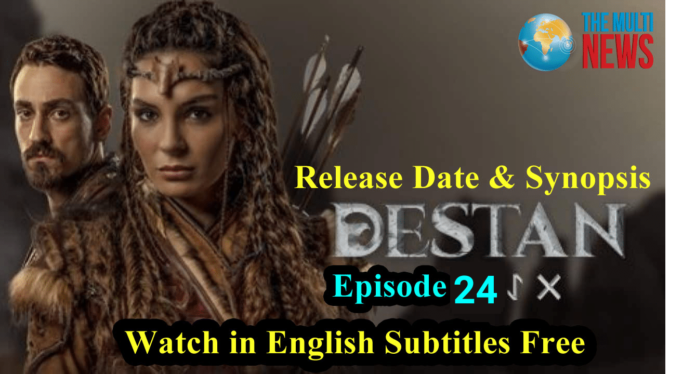 Batuga tried to attack Obar, but the soldiers stopped him. Obar ordered Batuga to be tortured until he was killed. Akkiz fought the soldiers to find Batuga. Colpan and Yaman came to help Akkiz. Obar went to the western khanate with his captives. Akkiz entered the cave to save Batuga, but the poison arrow wounded her. Batuga flushed out the poison in Akkiz’s body and asked Colpan for help.

Colpan said they should take Akkiz to a healer in the forest. Obar’s soldiers attacked again to kill Batuga. Colpan rescued Batuga and went with Akkiz to the healer. Obar captured the western khanate and asked the Turks to obey him. After talking to a wizard, Obar sent his soldiers to find Barak’s crown. Kaya sent letters to neighboring countries and said that he would collect less taxes from them.

Vera sent a message to her father asking him not to recognize Kaya as Khan. The healer woman gave Akkiz an antidote and said that she would be well soon. The healer then began to treat Batuga and performed a ritual for his healing. Obar learned that his soldiers could not find the crown, and spoke to the mages again. Akkiz and her friends set out to seize the crown. Akkiz saw that Kaya’s soldiers were taking Alaca to the Russian Emperor and attacked them.

After Akkiz killed Alaca, she secretly entered the palace. Kaya learned from a wounded soldier that Alpagu was still alive and asked Kuzu to kill Akkiz. Yibek saw the drink prepared by Calayir and realized that Gunseli was not pregnant. Vera said she would kill Yibek. Yibek said to save her life that Gunseli was not pregnant, but Vera killed her anyway. Akkiz found the hidden crown in Kaya’s room, but a soldier locked her in the room. Kaya went to Obar’s tent and accused him of breaking the deal.