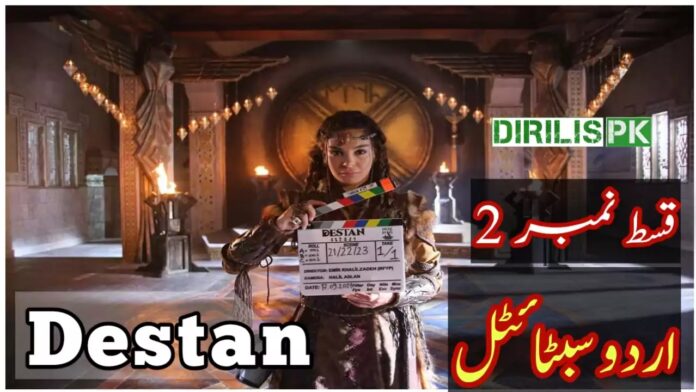 Destan Episode 2 synopsis, Fifteen years ago, while Alpagu was travelling with soldiers, Chinese soldiers attacked him. Thanks to the map that Balamir found, Alpagu learned who the traitors were. Alpagu took action to capture Tilsim. After Alpagu took his son Batuga, he killed Tilsim and went to the Dag tribe. Alpagu said he would kill all the traitors, and he killed the leader of the tribe there. Akkiz’s father tried to defend his tribe, but Alpagu killed him too.

While returning to the palace, Alpagu tried to talk to his son, but Batuga said that he would not speak to him again until he died. When Alpagu returned to the palace, he ordered that all Dag tribesmen be killed there. After long discussions, Alpagu decided that his son should also be executed. The executioner came to Khan’s room and later Danis brought Batuga. As the executioner was about to kill Batuga with a bow’s string, the boy passed out.

Fifteen years later, Alpagu wanted Batuga to marry Balamir’s daughter and ordered the preparations to begin. Ece objected to this marriage, but Alpagu said that thanks to this marriage, Balamir would never rebel against the state. Akkiz attacked Alpagu’s soldiers and killed them. Akkiz changed its name to the claw of the two headed wolf and continued her attacks. Some soldiers left the palace to bring gifts to Balamir. Akkiz followed these soldiers and attacked them.

Akkiz released the captives in the chariot and gave Khan’s gold to them. Alpagu set out with his family and soon learned of this attack. With Kaya’s advice, Alpagu decided to pitch a tent by a lake that night. Akkiz watched Alpagu from afar and saw that Batuga was still alive and was very happy. Akkiz took action at night and fired flaming arrows at the tents. The soldiers panicked and tried to put out the fire. Akkiz took this opportunity and shot Alpagu with arrows.