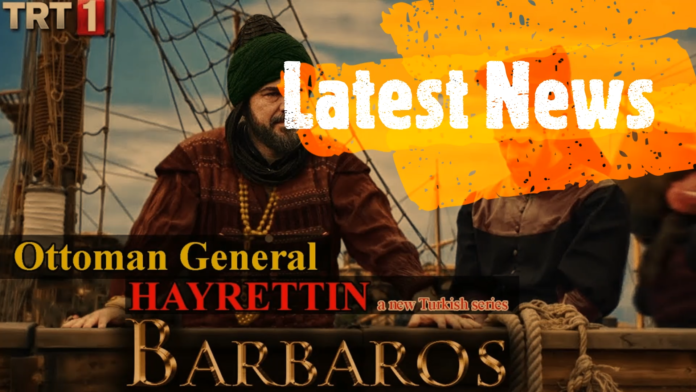 Barbarossa Series is a new historical television series that will begin to be shot by the producers of Payitaht Abdulhamid and Filinta. A large part of the cast of this new television series has been determined, and shooting is planned to begin in January 2021. Barbaros will be directed by the Taylan brothers who were the directors of Muhtesem Yuzyıl (The Magnificent Century). Barbarossa Series expected to release on 21st March 20201.

Who was Barbaros in Real History?

Barbaros is one of the most important naval commanders of the Ottoman Empire. Although his real name is Hızır Reis, Yavuz Sultan Selim gave him the name Hayreddin (goodness of the faith) because he did useful things for the state. Hayreddin’s older brother is Oruc Reis, and he was named Barbaros (Barbarossa), which means red beard in Italian. Oruc Reis was captured at a young age by the knights of Rhodes, and after he got rid of them he started to work for the Mamluk fleet. Oruc Reis gained strength in a short time and caused great damage to the Italian and Spanish navy in the Mediterranean. Oruc and his brother Hayreddin took over Algeria by piracy in the Mediterranean.

Oruc Reis lost his left arm in a war with the Spaniards and was killed soon after. Hayreddin continued to use his brother’s name Barbaros and began to get closer to the Ottoman Empire. Hayreddin stopped the Italians in the Mediterranean and captured Tunisia. This situation was appreciated by Sultan Suleiman the Magnificent, and Barbaros Hayreddin was called to Istanbul and declared the commander of the Ottoman navy. Barbaros strengthened Turkish domination in the Mediterranean and became famous all over the world for his conquests. Barbaros died in Istanbul shortly after he helped the French navy conquer the city of Nice.