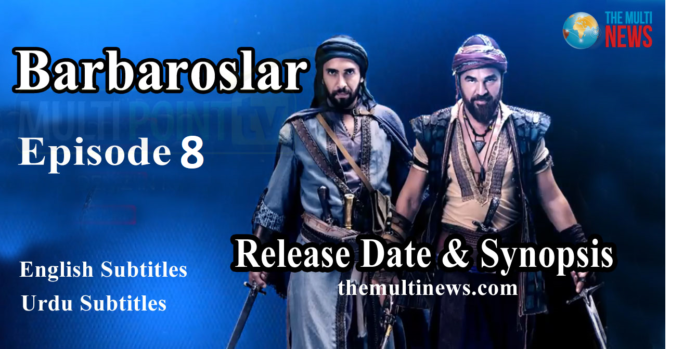 Barbaroslar Episode 8, While Oruj was trying to carry Ilyas to the small ship, some pirates attacked him. While Oruj was trying to defend himself, Khizir came to the deserted island and helped him. Oruj and his friends returned to Alexandria with Kilic’s ship. Oruj spoke to Ishaq and took Jafer to Sylvio’s office. Sylvio asked Oruj to pay for the ship he sank. Oruj later spoke to Isabel about this and said he would find a job outside of Alexandria if necessary.

Pietro learned that Oruj was still alive and immediately went to Alexandria to catch him. Isabel met Oruj in the forest and told him that he should stay in Alexandria. Isabel gave Oruj gold to pay off his debt to Sylvio. Oruj thanked her and immediately paid his debt to Sylvio. That night, Pietro watched Oruj’s house from afar. Pietro first mentioned Dante’s book and then said that they would take Oruj alive the next day.

Pietro then followed Dervish and stopped him. Pietro said he wanted to know the old man’s secrets, but when the children Dervish helped came, he left. Oruj was on his way to Kilic’s house, but Pietro’s men attacked him in an alley. Dervish helped Oruj and said something to him. Oruj then went to Kilic’s house and asked him for a ship for a very important job. Khizir learned that Oruj had found a ship and immediately set out to sea with him.

Oruj said that no matter what happens, they will save both the book and Esther. Pietro returned to Kalymnos and said that there were too many secrets he did not know. Oruj and his friends slowly landed on the island and rescued Esther. Thanks to Giovanni, Khizir found Pietro’s room and took the book from there. As Khizir was about to flee the room, Pietro came back and said he was going to kill him.

Episode 8 will appear here with Urdu subtitles after release