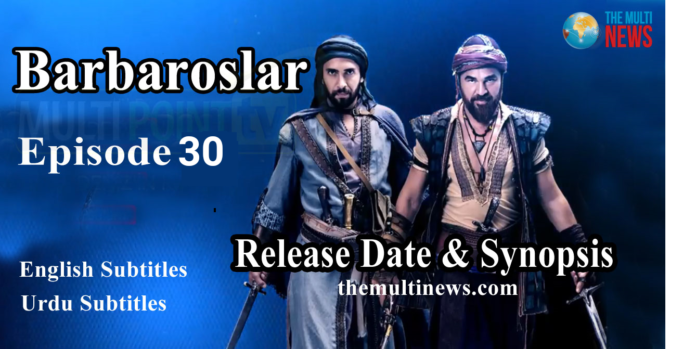 After Gabriel lost the castle, he fled into the forest. Oruj said he wanted to have a duel with Gabriel and gave him one last chance. Piri and Khizir started watching this duel. Oruj defeated Gabriel and executed him in the jungle. Kemal was delighted by Modon’s conquest and asked Oruj to rule over the entire eastern Mediterranean.

Don Diego took action to attack Kelmez and killed the people in the port. Huma and the women went out to defend the castle. Don Diego first captured Huma and then the other women. Soon after, Oruj came to Kelemez and saw Niko killed. Gulletopuk told Oruj that the women were kidnapped, and lost his life. Oruj and Khizir planned to go to Algeria to save the women. Kemal asked Dervish to stay on the island, but he said he had to save the women.

Don Diego said that he would present the women to the King of Spain and returned to Jijel. After Oruj reached Algeria, he talked to Emir Selim and asked him for help. Selim said his trade with Don Diego was more important and refused to help Oruj. Khizir and Piri sneaked into Jijel using a pirate ship.

Oruj tried to buy Muslim slaves so that they would not be sold to infidels, but Selim’s deputy stopped him. Selim then invited Oruj to his house and asked him to make a deal with Don Diego. Oruj refused this offer and said he would kill Don Diego no matter what. Khizir learned where the women were and began to wait for Oruj to save them.

Don Diego asked Pedro to turn the women over to the admiral. As Khizir was about to attack Don Diego in the harbor, the soldiers captured him. Oruj and sailors arrived in port disguised as slaves and then began attacking Don Diego.

Episode 30 will appear here with Urdu subtitles after release

Afreen - March 11, 2021 0
Mendirman Celaleddin Episode 5 Release Date and English Synopsis and How to watch with English subtitles and Urdu subtitles Free of cost