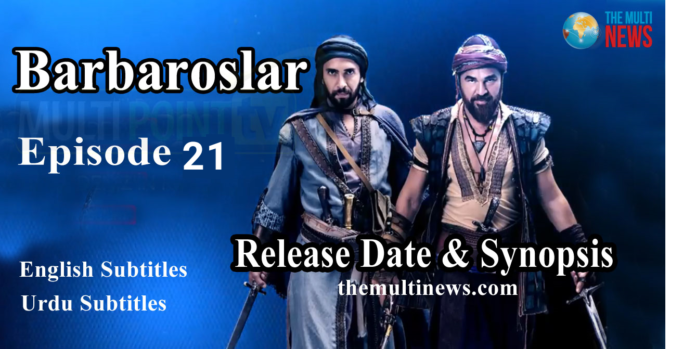 After the big explosion in the tunnel, the Turks began to carry the wounded out. Gladius took this opportunity to attack the Turks. While Oruj was trying to protect the wounded, Gladius stabbed Khizir. Oruj took his brother to the hospital immediately, but the doctor said that his condition was not good at all.

Dervish put his hand on Khizir’s heart and began to pray to Allah. Khizir went to a beach in his dream. Here a man put his hand on Khizir’s heart and healed him. Khizir realized that this man was Sultan Suleiman and said he would continue to fight for him. Khizir then woke up and went to talk to Oruj. Oruj said there was a spy at headquarters and devised a plan to catch him. Salvator set a trap to stop Oruj’s attack but failed.

Oruj caught Salvator and learned that Martin was a spy. Piri ordered the release of Oruj’s soldiers and killed the admiral. Pasha blamed Oruj for all these events and said that he would attack the castle with his soldiers. As the soldiers were about to attack the castle, they began to fall ill. Martin said he poisoned the soldiers, and Pietro was overjoyed.

Oruj said he was going to make a secret attack on the castle and went to Pasha’s tent to ask for soldiers. Pietro came while Pasha was saying that he would do nothing. Pietro said that Pasha would lose this war and offered to give him a chest of gold to withdraw.

Oruj took some soldiers from Pasha and started attacking the back gate of the castle. Oruj soon entered the castle and captured Pietro. Khizir saw that Meryem was not a spy and killed Gladius. Oruj learned that Meryem was Pietro’s sister and asked her to make a decision. Oruj killed Pietro after what Meryem said.

Episode 21 will appear here with Urdu subtitles after release

Afreen - January 13, 2021 0
Uyanis: Buyuk Selcuklu Episode 17 Release Date and Synopsis and How to watch with English and Urdu subtitles Free of cost