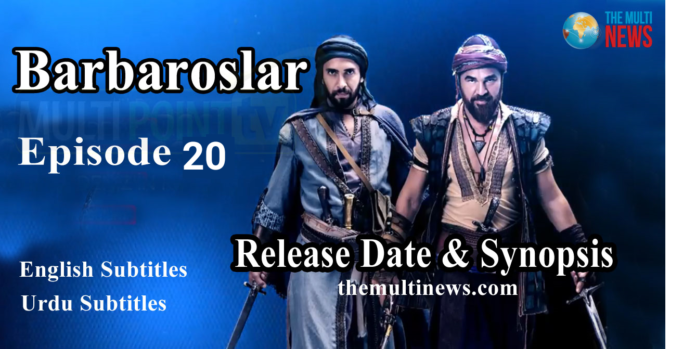 Khizir stabbed Meryem in the stomach. Khizir started fighting with the soldiers but was unsuccessful. Niko then rescues Khizir. Piri rescued the Turkish spies and went out with them through the back door of the castle. Oruj entered the secret cellar of Unita with Sahin.

Sahbaz realized that he would be caught and said he would kill everyone with the gunpowder, but Sahin shot him with a pistol. Firuze spoke to a government official and asked him to capture Oruj. Mamluk soldiers tried to capture Oruj but were unsuccessful. Isabel went to the ship in the harbor and saw her brother for the first time in a long time.

Oruj then went to Lesbos. Khizir managed to escape thanks to the spies and went to the secret base. Khizir found the tunnel there and thought that this way he could enter the castle.

The Pasha said they arrested Oruj and would prosecute him for killing Karabay. That night, the trial began. Oruj told all the treachery of Karabay, but Pasha said that he would be executed. Oruj then called two witnesses, thereby proving his innocence. Pasha called Oruj to talk about his plan to attack Kalymnos, but he said they would not use the tunnel that Khizir found.

Dervish asked Pasha to be just. The next day Oruj and Turkish soldiers set sail for Kalymnos. Salvator prepared to attack the Turks with a large fleet, but thanks to the acid prepared by Khizir, all the cannons exploded during the attack. Dervish then went to the castle as an ambassador and spoke to Meryem. Meryem remembered everything and attacked Pietro.

While Oruj was waiting for the tunnel to end, Khizir found the barrels of gunpowder inside. Thanks to the information given by Martin, Pietro blew up the secret tunnel.

Episode 20 will appear here with Urdu subtitles after release

multinews - November 15, 2020 0
The Whole COVID-19 Pandemic Situation Gets Out Of Control As 15151 Cases Are Reported The COVID-19 situation in the country is worsening as more than...