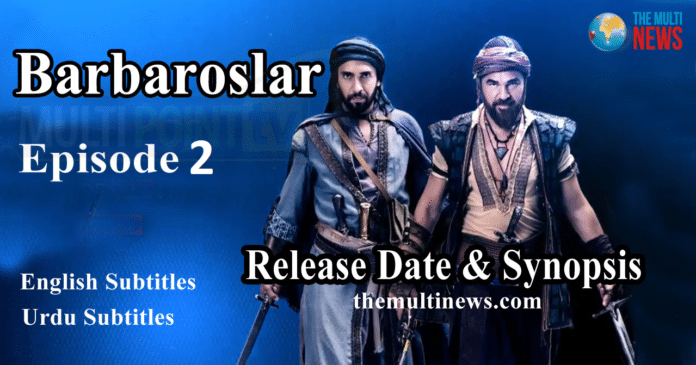 In Barbaroslar Episode 2, Oruj with his men went out to sea to take a representative having a gift for him. At the same time, a bandit considers it as an ensnare and realized that they are forthcoming with them. Oruj asked the sailors on the plank and said them to be ready for any assault from any side. After a little time, Enrico and the pirates start to assault and Oruj stopped them and executed Enrico so that every pirate could see his execution.

Ishaq is the older brother of Oruj who is waiting for the arrival of Khizir. Khizir reached the island and met with Ishaq, after having a conversation with Ishaq, he went to meet Suleiman. Khizir shared his plan of going to the island of Lesbos to find the secret key so that he can save Shehzade Murad from Pietro but Suleiman did not like his plan at all. Khizir talked to Niko furtively and asked for his clandestine plan.

Isabel came to know that Oruj is coming soon and she started the arrangements at the public house. Ishaq is the itinerant where his little brother is. Poseidon whose real name is Antuan is a pirate who came to know about his brother’s assassination and ordered his military to find out all about Baba Oruj.

The ship of Oruj reached the port of Alexandria. Oruj was talking to Despina, Isabel asked Ilyas, where is your brother. After knowing that Oruj has come, Kilic went to the public house and pass on good wishes to her. At first, Cafer talked to Kilic’s son then he talked to Isabel’s father. Cafer went to the slave market and bought some slaves to kill Oruj. Poseidon rapidly reached the island of Lesbos and communicated to the Yorgo.

During the ritual, the church bell made by Khizir exploded. And he took benefit of this occasion to catch Shehzad Murad. Meanwhile, Khizir notices that the Christian military had trapped the nurse Zeynep and then he attacked them to save her. At the same time, Poseidon badly ill-treated Ishaq and killed his whole family. Cafer with his soldiers attacked Oruj and arrested Ilyas.