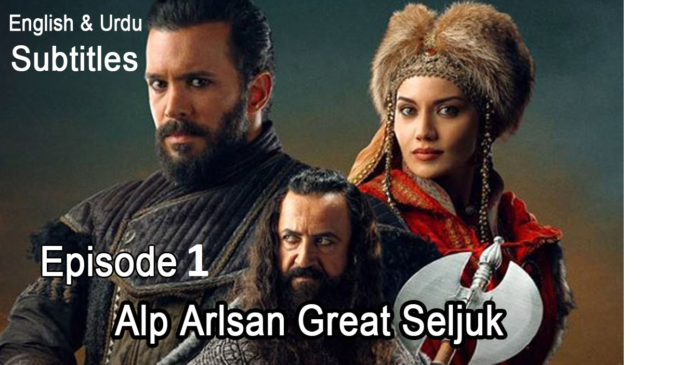 After the successful completion of the concept Uyanis Buyuk Selcuklu, the popular TV series Alparslan Buyuk Selcuklu also hit the records of success. The season got fame after airing its first few episodes. It is now one of the most popular historical Turkish series.

Alparslan was one of the bravest warriors who led his uncle’s army and opened the doors of Anatolia to the Turks. The Byzantine governors did their best to free their lands from Turks and even requested for further help from Constantinople.In order to send Turks back to their lands, Byzantinion Emperor send Diogenes and Commander Dukas to Vasurakan to assist the governors . Alparslan saved Akca from Byzantine prison and brought her to the tribe and fall in love with her. Governor instructed Maria to gather information about the Turks.

Alpagu and Akca tried their best to defeat Kekaumenos. After eliminating Sehver, Bozan tried to create his own independent state with this secret agents but was unsuccessful. Caghri and Sultan Tughrul rolled in and started to occupied Byzantine lands. Lord’s last hope was Rati and Ivan. Suleiman got to know that his wife was not loyal with Turks. Alparslan got to know that Hassan was Akca’s father which Akca hid from him purposely. Alparslan was all set to conquer Vaspurakan and launched the great attack on the signal of Sultan. Kekaumenos noticed that Maria was a betrayer and eliminate her. Alpagut passed away before Alparslan conquered the palace and Akca got seriously injured.

The first season of Alparslan aired on November 28, 2021.This series has managed to gain such popularity that now audience are eagerly waiting for season two. It is estimated that the second season of Alparslan will premier in between the end of September or the first week of November, 2022 and it will be longer than 30 episodes.