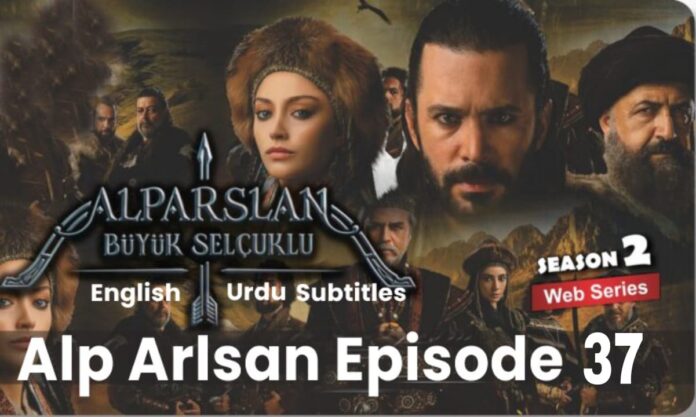 Alparslan killed the ambassadors from Egypt and managed to enter the mansion using their clothes. When Besasiri saw the message written by the Caliph, he believed that Alparslan had come from Egypt. Alparslan said he wanted to take the stone as soon as possible, but Emir stopped him. Emir said that the guests would stay at the mansion and invited them to dinner. Seferiye killed the commanders from Bukhara and told everyone that they were planning a rebellion.

Oke started blaming Seferiye, but could not convince anyone. After speaking with a spy, Yinal went to talk to the Lord to save his life and confessed everything to him. Although one of the men in the forest was injured, he awoke and started walking towards the road. Yusuf started arguing with his daughter and said that he would do bigger things soon. Seferiye wanted to send the soldiers back in the forest to stop her father. A few traders found the injured man in the forest and took him to the hospital.

Emir thought that the man in the hospital was Alparslan and immediately took action to catch him. Alparslan’s soldiers secretly entered the hospital and kidnapped the wounded man. Seferiye talked to the soldiers in the forest and asked them to return to Bukhara. The lord then came to the city. Seferiye told that she would kill the Lord next time. When the lord did not get the result he wanted, he went to the palace and started talking to Tughrul. Sultan said he would not give Vaspurakan no matter what and sent the Lord.

While Alparslan was fighting with Emir, Suleiman secretly entered the room and took the stone. Emir said that he would go to Egypt with Alparslan to win the appreciation of the Caliph and set out with him. After reading a message on the way, Emir realized that these men were spies and attacked them. Alparslan broke the fake stone and started to run away. Alparslan met the Vizier in a secret place and gave him the real stone.

multinews - November 15, 2020 0
The Whole COVID-19 Pandemic Situation Gets Out Of Control As 15151 Cases Are Reported The COVID-19 situation in the country is worsening as more than...