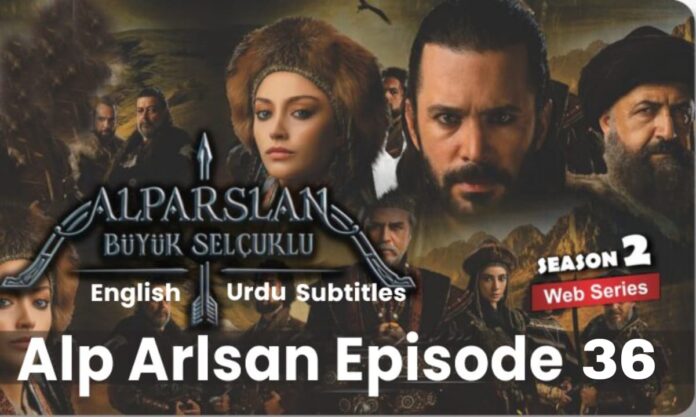 Alparslan secretly took action to save his friends from execution. Lord realized that Alparslan was trying to stop the execution and asked his soldiers to catch him. Seferiye and Hassan came to help Alparslan. Flora helped Suleiman hide. While Alpagut was trying to show Suleiman a secret room, Alexander noticed them. Alpagut locked Alexander in a room and took Suleiman to the Lord. Alparslan returned to the castle with his friends after a short time.

Lord allowed Alpagut to take Suleiman to a safer place. Alpagut took this opportunity and freed Suleiman from the Byzantine soldiers. Alparslan thanked Seferiye for everything. Meanwhile, the order sent by the Sultan came to the castle. Alparslan learned that he had to go to Baghdad and began to think that the doctors there could make an antidote for the poison. Yusuf devised a plan to save his life and summoned many soldiers from Bukhara.

Alparslan had a dream, and when he woke up he realized that he had come to Baghdad. The vizier gave the antidote prepared by the doctors to Alparslan and asked him to go to a safer house. Besasiri learned that Alparslan had come to the city and ordered his capture. The spies could not catch Alparslan, but they managed to take the Vizier to Besasiri. Alparslan went to a safer house with his soldiers and started to think about how to reach the palace. Seferiye was enthroned by the order of Alparslan, but Oke did not like this situation at all.

Yusuf sent the soldiers he called to the Byzantine border and went to the castle with his guests. Yusuf said that at sunrise he would kill everyone in the castle and take the throne. Alparslan spoke to a spy and learned from him where the Vizier was. Alparslan then went to the palace using the way the Vizier told him. Caliph asked Alparslan to take the black stone from Besasiri. Alparslan accepted this task, and after dressing like a commander from Egypt, he went to talk to Besasiri.

Afreen - May 22, 2022 0
Click here to read full news about Kurulus Osman Episode 96 and Release Date free of cost here and watch it later