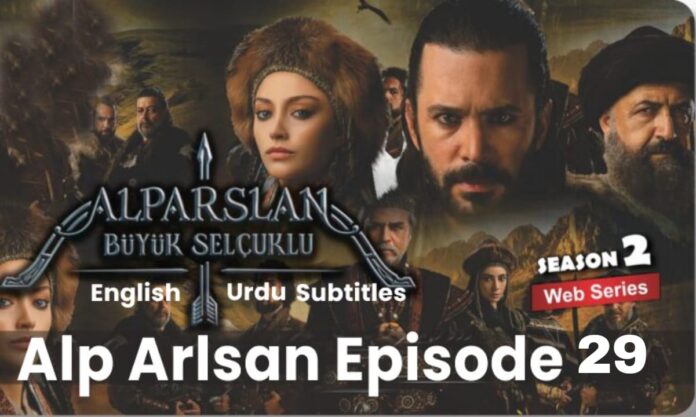 Alparslan’s spies secretly attacked the merchants going to the inn and seized their goods. Alparslan said that he accepted the task given by the Sultan and that he could marry Seferiye. After Caghri took Yusuf out of the dungeon, Grigor came to the castle. Grigor said he wanted to buy a large amount of steel from the Turks, but Alparslan immediately rejected this offer. Seferiye set out with her soldiers to save her father, but the spies caught her. Yusuf learned that his daughter’s life was in danger.

Alparslan started to follow the tracks in the forest. Yinal secretly went to Ani and said that he had accepted the Lord’s trade offer. That night, Yinal filled the carriages with steel and set out the next morning. After Alparslan saved Seferiye, he took action to stop Yinal. Grigor learned that Alparslan had seized Yinal’s steel. Yusuf asked Seferiye to marry Alparslan, but he could not persuade her. While Alparslan was returning to the castle, Seferiye stopped him and stabbed him.

Ashif Naveed - August 7, 2020 0
At the opening of the historical Turkish series Kurulus Osman back in 2019, many of us did not notion that it would become the...