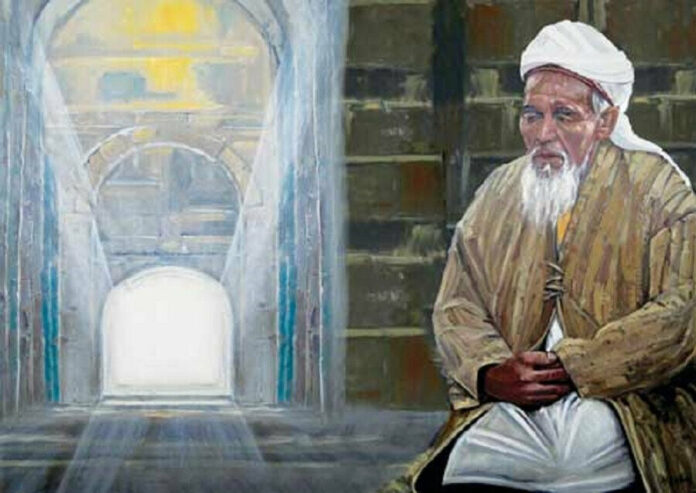 Who was Ahmed Yesevi? (Ahmad Yasawi)

Ahmed Yesevi, in 1093 was born in the city of Saryam. In his early childhood, his mother and father died. Ahmed was taken by his sister to Yesi city. Arslan baba met Ahmed when he was at the age of seven and took the responsibility of nourishing him. A legend narrated that Arslan Baba went to the city of Yesi to give the date to Ahmed that the holy prophet gave him the responsibility. Aslanbab met with Ahmed and a year later he died. Ahmed on the command of his teacher Arslan went to Bukhara and there he met with Yusuf Hemedani.

Yusuf welcomed Ahmed in his dervish lodge and began to educate him. when Ahmed completed his education, he started to visit the cities of Turkistan at the command of his teacher. There, He preached Islam among people.  The people of central Asia have a greater affection for Ahmed and embraced Islam and became thankful to Ahmed. Ahmad was patronaging the instructions of Muhammad ibn Hanafiyah and that’s why people called him Hace (Haje, teacher).

Ahmed was very skillful in poetry and singing. It is told that Ahmed contributed much to the folk literature of Turkish people. Although the life of Ahmed is not common it is predicted that Ahmed had two daughters and many people alit from him. Ahmed was impressed by Sultan Sencer (Sanjar) and opened many dervish lodges in Asia and grow Islam in different regions. In a very brief time, Ahmed became famous among Turkish people and gypsies due to the use of the Turkish language instead of Arabic, Persian, or the languages used by other scholars of that time.

Ahmed also contributed the Turkish literature and composed a book named as Divan-i-Hikmet (book of wisdom).  this writing of Ahmed is one of the traditional pieces of literary works of Turkish. In these poems, Ahmed wrote about the miracles of our Holy Prophet, heaven, hell, Allah’s love, and comprehendible language. When Ahmed reached the age of sixty-three, he made an underground cell in the dervish lodge’s garden and lived there. Ahmed belongs to a poor family and he did the business of making spoons. In 1116, Ahmed died in Turkistan and Mansur Ata replaced him.

In the Mavera television series, Ahmed and his companions on the command of Yusuf-El-Hemedani go to the Baghdad in Dervish lodge. There, Ahmed watches a family of nomads on the road. Ahmed protects this family. Ahmed with his friends moved to Baghdad but Haje learned that the condition of the people of the city is very bad. Later, Ahmed moves to his teacher’s dervish lodge but he is not welcomed by Mervan.

After this, Ahmed wishes to build a kitchen soup for kids that are poor but the merchants of this city won’t support him. Vizier Atif doubts his actions and calls him a worse man.  During this, dubeys make a plan to assault the city with the power of Dai and arrests the daughter of Caliph. Asife saved by Ahmed. But Atif took him to the cell with the false crimes. Pehlivan and Mansur help to protect Ahmed but many unusual things occur.

Nazir Hussain - October 3, 2020 0
Do you always keep stuck in between business and relationship complications and never understand how to get success in a relationship and business? Well,...

Turkey after “Treaty Of Lausanne” in 2023 | Treaty of Sevres